Salesmen: It's all about the numbersAndriod

Yesterday I went into T-mobile with my sister and brother-in-law to join a family plan together to save money. I had heard that T-mobile just unleashed some brand new "value" plans that allow you to pay only $10/month for a smart phone data plan. Competitors charge $30/month for data. Clearly this is something for a thrifter to be excited about.  In fact, the plans are way cheaper than any other plan, but an unsuspecting customer might end up leaving the store with the value plan but not saving a penny over other plans. Why? I call it salesperson trickery. 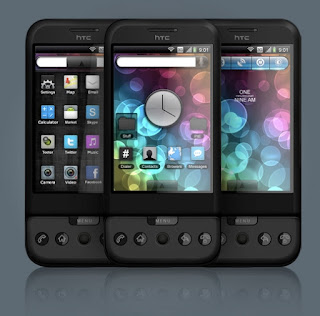 Our salesman's name was Jeremiah, and he was really excited we were signing up for a new plan under him. He even told us quite frankly that he makes his money off commissions, but Jeremiah was very disappointed when we didn't buy new phones from him. T-mobile's new values plans are super cheap but don't give a discount on new phones, in fact you have to pay full price. For me, this isn't a problem.  I'm so used to buying used phones from friends, Craigslist, and Ebay, but for the normal consumer, this presents a large problem.

Jeremiah desperately wanted up to each put down $100 up front and then just add a "mere" $15/month to our phone plan to pay off  our new phones. When I picked up a $200 phone, he told me he "wouldn't feel comfortable" selling me that phone because it doesn't have enough frills.  He calculated we were saving over $400/year on our plan, so why not put that saved money toward the best new phones...right? Wrong, Jeremiah.

Our phone plan currently will cost us, in total for 3 people, a total of approximately $105 = $35 per person per month. If I were to buy the latest Android phone, I would pay $100 up front, then $15 per month until the phone is paid off. The problem with this deal is that, over the 2 year period, I will have paid over $400 for the phone...this completely cancels out any savings I would have made by choosing the cheaper plan.

Salesman always disguise the overall costs, telling you how much money you already saved and how little you'll need to pay per month Do yourself a favor: DO THE MATH. A little here, a little there doesn't seem like month, but over time, that little amount adds up, and in this case, its a largely deceiving amount. Too bad the poor guy didn't know what he was dealing with.

I understand salesman speak and I see through your lies: I did the math and I don't buy it. Good luck with your monthly sales and commissions (with no help from me).