The problem with window shopping

I've been feeling broke in the past couple months. Buying Christmas gifts for my family, friends, my boyfriend, and secret Santa exchanges is enough to make anyone feel a little strapped. Let's face it, we're all feeling it. But coming out of the spending season, I think we can all recognize something about ourselves.

I went to the mall with a friend in early December. That was the first time in a long time I had set foot in a shopping mall. I've found that when you're used to shopping at discount outlet stores, and thrift stores, this type of shopping experience can be quite overwhelming. For a normal person I can compare this to the shock of going into White House|Black Market, Louie Vuitton, or some other outrageously priced store. I'm so used to spending half or even a third of the prices that real stores are asking that I just can't bring myself to buy stuff. And even though I'm not spending cash, I'm still being affected in other ways.

Whether you're used to shopping at high end stores or low end stores, I believe something magical happens when you go window shopping: You realize you need everything. You might not have known it before, but you sure know it when you step in the stores.

For me, it's like every piece of clothing, tablet, organizer, clock... it all looks better than what I have at home, and honestly, it probably is. It's newer, it's shinier and the dang packaging alone makes me think I will be more trendy and have more friends if I would just buy this product. I know that sounds ridiculous, but c'mon, we've all been there.

After Christmas, after the day-after-Christmas (probably the best shopping day ever) and now getting into February, the shopping season and post holiday shopping season is officially over. The sales are done and picked through. I recommend you go home, and stay away from shopping districts for a while. Instead of going to Target or Walmart to buy food items, go to the actual grocery store, so you don't have to walk by the aisles of clothing, purses, office supplies, home decor, and whatever that weakness is that you have. Just buy groceries. 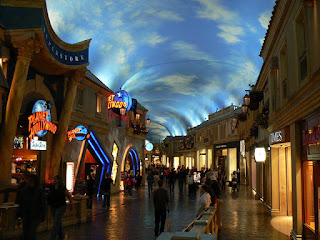 For me, I realize how little I crave stuff when the stuff is not in front of my face. It's when I watch commercials, visit stores (physical and online), and look through catalogs, that I find stuff to want.

In a society where the average American is up to their ears in debt, but yet completely provided for, we don't need stuff to want. We need to stop wanting stuff. Avoiding shops is a good first step.
Posted by Angela at 1/29/2013