Be wary of gas/grocery deals

Last night I drove about a half mile past a Weis gas station before it dawned on me: I'm eligible for some cents off the gas!. So, I decided to turn around and use my discount since my tank was nearing E. I pulled up to the pump and to my surprise I was eligible for 20 cents off the gallon. This is great news! Then to my dismay, I realized the gas station cost 7 cents more than the surrounding stations, so my savings was really only 13 cents per gallon.

Let's be honest, gas prices have been up and down, but either way when you somehow are offered a gas discount, you feel like you've won the lottery. There's just something about paying less at the pump. "Gas prices down, happiness up" is such a true slogan. But, when you actually look at the deal you're getting, 10-20-30 cents off the gallon, it's merely pennies in the face of paying more at a chain grocery store. 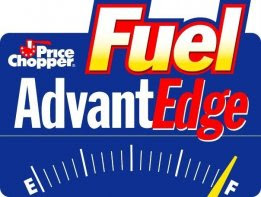 Last night I saved about $1.69 at the pump in total (13 gallons, 13 cent savings per gallon). It sounds like a lot more savings when I initially thought, wow 20 cents off per gallon! Now I can buy a new laptop! (Ok, no). But in reality, I could have saved a lot more than that if I would have opted for a discount grocery store instead of going to Weis.

Grocery stores really want you to be loyal. They want you to go shop in their store and hit their gas station on the way out. They lure you in by telling you how much per gallon you can save at their gas pump but it's all trickery. You're not saving that much. In fact, let's consider some alternative options.

1. Grocery shopping can cost a lot of money but it doesn't have to. You can save crap loads of money at discount grocery stores such as Aldis, Save-A-Lot, Wegman's (so I've been told), Price Rite, basically anything with the words "discount", "save", "outlet" in their title means they probably are a discount grocery place.

Here are some tips on shopping at these places. 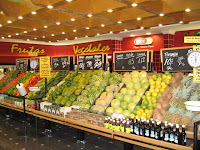 Lots of people I know opt for the warehouse stores: Sam's, BJ's, Costco. These people swear by these stores. Honestly, I have my doubts. There's a great article that was written in the Wall Street Journal called Do Warehouse Stores Really Save You Money? Definitely, a must-read for warehouse store shoppers.
2. Gas prices - like I need to tell you how ridiculous they are. Luckily, saving money is about knowing your resources and there are plenty out there. Gasprices.mapquest.com and gasbuddy.com tell you how much gas costs around you in your area. Obviously it doesn't make sense to sit down in front of your computer before you go out to fill up each time, but I'd suggest getting one of their phone apps. At least check one out a couple times and notice gas stations that are consistently cheaper, then make a habit of going there. Hint: Beware of gas stations whose prices go up when you swipe your credit card because their price is based on a cash price. This is illegal but it doesn't mean it no gas station does it.

For some, it may make the most sense to try to fill up and grocery shop at the same place for convenience and time purposes, I get that. I don't have a family, I'm less busy than many people. At any rate, realize that those discounts you're getting from your grocery stores that you use at the pump aren't as much as you think. Plus, many times the discounted rate on the gallon lasts for a very short period of time and you'll often show up at the pump not getting any discount, but not remembering if you qualify yet. They've got you right where they want you. Think about how much you're really saving by being loyal and if it's not that much (which I suspect), scope out your other options. You could save a bundle.